-- Playoff Picture Begins to Come Into Focus as 3 Headed Monsters, Power Move to 4-1 --

CHICAGO -- July 23, 2017 —  In front of a sold-out, star-studded Chicago crowd, Trilogy moved to 5-0 behind a dominant 27-point performance from Rashad McCants while 3 Headed Monsters and Power kept pace with decisive wins. In the day’s finale, Ghost Ballers came from down 13 points to earn a hard-fought comeback victory that keeps them in playoff positioning.

In the first week of the season’s second half, four teams moved closer to locking up a spot in the BIG3 Playoffs on Aug. 20 in Seattle. With its win, Trilogy earned the first playoff berth in BIG3 history and clinched a winning season. 3 Headed Monsters and Power, both at 4-1, have clinched at least a tie for a playoff berth.

The undefeated Trilogy held its record perfect with an impressive win that kept them at the top of the league’s standings. McCants was stellar with 27 points while James White chipped in 16, showcasing Trilogy’s impressive depth.

The BIG3 saved the best for last today when Ghost Ballers and Killers 3s played a thriller down to the wire to cap the quadruple header. After falling into a 25-12 halftime hole, Ghost Ballers Mike Bibby, Ricky Davis and Ivan Johnson pulled the team back into the game. With the score 44-39, Bibby drained the day’s only 4-point shot to cut the deficit to one. After a Killers 3s layup, the Ghost Ballers closed the game with six straight points to cap a 20-6 run.

Official attendance was announced at 9,044 fans. Outside UIC Pavilion, thousands more clamored for tickets to the sold-out games. Fans were treated to a surprise performance from rap legend DMX who electrified the crowd with a rendition of ‘Ruff Ryders Anthem’ that had the building singing along.

See below for game summaries and video highlights from all four games. Please credit all video footage to Fox Sports 1.

Power won its second consecutive game to stay hot on the heels of the league-leading Trilogy. Behind Cuttino Mobley’s 21 points on 10-15 shooting, Power raced to an early lead and held on to defeat Ball Hogs by 17 after DeShawn Stevenson hit his third game winning shot of the season. Jerome ‘Junkyard Dog’ Williams pulled in a game-high eight rebounds while DeShawn Stevenson drained three three-pointers. Chicago fan favorite Kendall Gill contributed four points in front of his hometown crowd.

BIG3 No. 1 Draft Pick Rashad McCants powered Trilogy to another dominant win. With Player Captain Al Harrington having an uncharacteristic off-game, McCants stepped up to pour in a Week 5 high 27 points on 11-17 shooting and 3-7 from three point land. With the game close at 36-30, Trilogy’s James White helped the team pull away with nine consecutive points to extend the lead to 45-30. Player Captain Kenyon Martin returned to action for the first time since Week 1 and was a +16 in a limited five minutes.

Behind the sharp shooting of Mahmoud Abdul-Rauf (19 points) and league-leading scorer Rashard Lewis (16 points), 3 Headed Monsters took care of business against the Allen Iverson-coached 3’s Company. Kwame Brown added a double-double (11 points and 12 rebounds) as 3 Headed Monsters moved to 4-1 and a game behind Trilogy for the league lead.

The final game of the day went down to the wire with Ghost Ballers edging out Killers 3s thanks a pivotal Mike Bibby 4-point shot. Down 40-32, the Ghost Ballers ripped off a 20-6 run to close the game out and stay above .500. Bibby had a Week 5-high seven assists to go with 15 points while Ivan Johnson poured in 20 points and Ricky Davis added 15. Stephen Jackson scored 22 in the the loss.

BIG3 will bring over 40 basketball stars like Allen Iverson, Julius ‘Dr. J’ Erving, Gary Payton, Kenyon Martin and more to US cities throughout the country this summer, as the eight teams compete for the title of 2017 BIG3 Champions.

For more information and to sign up for news updates, visit www.BIG3.com. 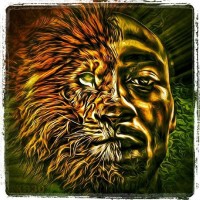